Today on Global Dialogue, we feature an exclusive interview with former Indian diplomat, columnist and foreign affairs expert, Rakesh Sood on India’s response to the COVID-19 pandemic and regional developments. This interview, conducted by the Executive Director of the Lakshman Kadirgamar Institute of International Relations and Strategic Studies (LKI), Dr. Ganeshan Wignaraja will be the first in a series of Global Dialogue Q & As featuring perspectives from thought leaders, academics, diplomats, and professionals from around the world on current and emerging issues concerning international economic and diplomatic relations. 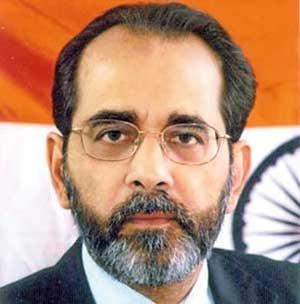 Ambassador Sood is a Distinguished Fellow at the Observer Research Foundation (ORF), one of India’s leading think tanks on foreign relations, and writes regular columns on foreign affairs, security studies and economic diplomacy in Indian newspapers. During his illustrious career, he has served as Prime Minister, Manmohan Singh Special Envoy for Disarmament and Non-proliferation, and India’s Ambassador to Afghanistan, Nepal and France. He has also served as Ambassador and Permanent Representative to the Conference on Disarmament in Geneva and the Deputy Chief of Mission in the Embassy of India in Washington DC. Ambassador Sood also held senior roles in Indian missions in several locations including to the UN in Geneva and Pakistan.

See below for a lightly edited transcript of the email interview, featuring Ambassador Sood’s responses to questions posed by Dr Ganeshan Wignaraja, Executive Director of LKI.

Q How would you evaluate India’s domestic policy response to the COVID-19 pandemic and what further policy steps are needed?
India’s response to the COVID-19 pandemic has not worked despite the lead time that India had through February when there were three cases in Kerala and then a lull till March. Instead, India went in for a severe countrywide lockdown that lasted for nearly 10 weeks. The lockdown was to gain time and should have been used to build up the testing capability and the medical infrastructure; instead there were infructuous debates about whether community transmission was taking place or not and how much testing was needed. The lockdown was a reflection of the top down approach, but the exit from the lockdown needed to be managed at a district level which meant delegation of authority to the states. Lack of consultation and coordination were visible in the problems that emerged eg: migrant labour wanting to return to their hometowns and villages, mix-ups with antibody testing kits, blockages at inter-state borders etc. What is needed is for the central government to provide resources to states, leaving them to manage containment of the pandemic district by district as that is the fundamental unit of civil administration. India does not need to look outside for best practices; many states and districts in India have shown resourcefulness and planning and provide models that can be followed in other parts of the country.

Q What is your take on PM Modi’s initiative for a SAARC COVID-19 Emergency Fund and could it help to reinvigorate the process of regional cooperation in South Asia?
During a video conference of SAARC Heads of State and Government on 15 March, Prime Minister Narendra Modi proposed a SAARC COVID-19 Emergency Fund. Contributions were voluntary and India announced a contribution of US $10 million. The total contributions have exceeded US $20 million. However, the utilisation of the pledges made is taking place at national level. India has airlifted medical supplies and equipment to Nepal, Bangladesh and Maldives as SAARC secretariat has neither the resources nor the expertise to administer the fund. To reinvigorate SAARC, what is needed is political will and a strengthening of SAARC secretariat capabilities. A regional organisation only grows when member states cede it a role by giving up their sovereignty in a specific sphere so that common policies can be adopted, be it for trade, labour standards, food safety and phytosanitary standards, environment protection rules etc. This enables the organisation to build competence in the field and develop regulatory authority, thereby increasing its capabilities and credibility. This hasn’t happened with SAARC yet.

Q  The latest data released by the Stockholm International Peace Research Institute (SIPRI) suggests that 2019 global military spending was the largest annual increase in a decade. What explains this rising trend in global military spending? And are you concerned that geopolitical tensions between major powers could spark a global arms race and what confidence building measures are needed?
The rising trends in military spending are a reflection growing tensions among major powers as well as ongoing regional conflicts. The US now describes Russia as a disruptive power and China as a revisionist power. Russia’s moves in Ukraine have generated concerns among European countries while China’s assertive behaviour has raised questions in a number of countries in the Asia-Pacific region. In addition to modernisation of nuclear and conventional arsenals, major powers are also engaged in developing new technological platforms for war fighting covering space and cyber domains. The US harbours a sense of betrayal that it contributed to China’s economic growth in the hope that it would lead to political and economic openings in the country but this has not happened. The US believes that China is now using its growing economic and military power in a manner that harms US vital national interests. On its part, China believes that the US is reluctant to adjust to a rising China and is seeking to contain it by engaging in economic and technology wars and strengthening alliances in the region. A rising power that seeks to put behind its century of humiliation and believes that its time has come creates a tension that has been characterised by analysts as the Thucydides trap. A fundamental stepping back from these positions is necessary by both the US and China to create political space for confidence building measures, but this does not appear likely. COVID-19 has sharpened tensions and rhetoric is bound to grow in a US election year.

Q  How does India fit into the US-led Indo-Pacific Strategy and what are the strategic implications for neighbouring countries like Sri Lanka?
The term Indo-Pacific has gained currency over the last decade and many countries have now begun to use it in their official documents. Essentially, it brings back the maritime connectivity of Asia which had been divided into Northeast Asia, East Asia, Southeast Asia, South Asia, West Asia and Central Asia during the Cold War. The term would have gained currency in any case with the rise of India, ASEAN and China, but the burgeoning US-China rivalry now gives it a political edge. Countries outside the region can be agnostic about what this term implies, but I do not think that countries in the region will have the luxury to do so. Countries in the region are averse to the notion of a new Cold War between China and the US and hence the idea of a free and open Indo-Pacific that is inclusive. This is a concept that benefits all countries in the region as well as those beyond whose goods transit these waters. Sri Lanka may have hesitations about partnering with the Quad though it enjoys positive bilateral ties with all its members (Australia, India, Japan and the US) but certainly stands to gain from the idea of a free and open Indo-Pacific, given its strategic geographical location.
Image credit:
www.alchetron.com