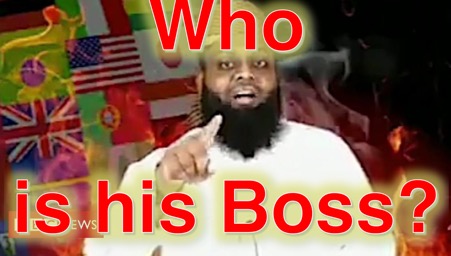 Violent extremism is easier to deal with. Authorities can locate venues of training and gather groups being trained and even rehabilitate them. However, the task is not simple when the masterminds of violent extremism are disguised and camouflage themselves as high profile persons, accepted & respected by society, holding powerful positions and people who have by their actions built a name for themselves as model personalities. When such an aura has been built around them, it is very difficult for anyone to accept the news that they could even remotely harm a fly. In such a scenario, there are many who may never believe, the high profile persons linked to the Easter Sunday terror attacks in Sri Lanka. Sri Lanka is dealing with an absolutely new phenomena of terrorism never before experienced. Not only will Sri Lanka’s investigators have to investigate the likely next targets but more troubling is to go into the minds of un-profiled personalities and unveil their diabolical plans that are camouflaged by their professions and the roles they play in society.

When multiple acts of mass murder took place on 21/4 the attention and condemnation automatically fell on the suicide bombers. In so doing, it emerged that the suicide bombers were rich, some foreign educated and people who were from families respected in society. It was a puzzle to all why rich & educated Muslims living a good life would harbor so much hatred to destroy the lives of people they did not know, people who did not harm them in any way.

It was equally puzzling to those that knew them how they could have hidden their anger portraying themselves differently. Their true face had been kept hidden. It is natural for many to have doubts. People cannot be faulted for harboring doubt either. People they never dreamed would harm another committed mass murder because of an ideology they were following. But, the most dangerous lot are disguised and camouflaged under various roles & faces. They continue to drum a murderous ideology into the minds of others.

Ideological extremism taking the form of disguise is the most dangerous threat to a country & its citizens. The entire society is made vulnerable. We do not know the enemy. It is like COVID19. We cannot determine its shape or form. When it hits us, it is too late. That’s what happened on 21/4.

The rise in Islamic radicalism in Sri Lanka is nothing anyone can claim ignorance of. Even the most ordinary citizen was watching the Muslims that once lived as a co-partner with the heritage of Sri Lanka and embracing its ancient culture slowly carving out a separate identity via dress, food, banking, marriage laws and behavior. The problem took a political dimension after establishing the SLMC and the increase in foreign funding together with foreign preachers most of whom were preaching their own version of Islam and drew their following by the power of the money they disbursed.

The community-clan protective shield was adopted every time their motives and actions were brought to light by flagging global slogans ‘hate speech, racism, minority discrimination’ to prevent action being taken against them while at the business and political levels the threats were ‘you will lose our vote’ ‘don’t expect political funding from us’. So the country was sitting on a volcano as a result of these actions & inactions.

The majority of terrorist organizations thrive in poverty stricken nations drawing poor who take to arms as a means of livelihood and to gain a power over society that they did not yield before. A good look at the terrorist groups operational globally, it is not difficult to comprehend the poor backgrounds of the Islamic terrorist groups and even the poverty of the Islamic terror victims. This is indeed a very sad scenario. Confounding the situation is the reality that all of these terror groups are being manipulated by non-Muslims giving arms to Muslims to kill Muslims. However much, anyone may argue, this is the reality. So, we have a group supplying the arms, another group supplying the training, another group doing the radicalization, another group drawing the followers, another group doing the promotions…likewise the groups increase but no one knows who are the real figureheads manipulating some or all of these entities.

The frightening aspect is that those manipulating people to kill are personalities we would least imagine. But, as the Easter Sunday debacle will soon reveal the masterminds behind the mass killing are people who were functioning under a disguise, pretending to be what they are not and plotting to harm us while presenting to us that they are our friend. Very frightening scenario for non-Muslims and even Muslims

The question relevant and puzzling to all of us in Sri Lanka is, why did foreign educated, rich and socially accepted set of Muslims decide to turn suicide bombers and commit mass murder? How many more are waiting in disguise? How volatile is the situation for the rest of the citizens? The situation should worry both Muslims and non-Muslims for the simple reason that out of the blue a group of people planned a commit mass murder. Even Muslims perished on Easter Sunday. Their ideology did not wish to even protect their own!

One year on not only do we still not know who are the real masterminds behind this but more importantly we do not know why. At least, with LTTE suicide bombers, we know they were indoctrinated to fight for a separate state. Right or wrong, they believed they could achieve that through violence, terror & gun. The same indoctrination spurred JVP to attack the State in 1970s and 1980s. But, this Islamic terror situation is baffling all of us and in reality is the worst scenario. We do not know who among those we move around with can be harboring hidden hatred to the extent of wanting to blow up people. There are some who would jump to say such fear is exaggerated and unwarranted. Ignoring 97 warnings is what led to the mass murder that took place on 21/4 and we have every reason to not only be worried but translate the doubt and fear into taking every precaution.

People had every right to feel anger at what ensued on 21/4 Easter Sunday at multiple locations. The discoveries of swords, detonators, satellite equipment, army uniforms, mobile SIMs, revealing of radicalism in school textbooks, the madrassas curricular etc increased their fear.

Given that the masterminds were disguised & holding high-profile roles or were associated with nefarious entities, they mitigated that fear by internationally and locally presenting a rise in hate speech and racism to drown attention getting directed to unveiling their roles in it. They were masters at turning any bad situation to their advantage because they had the power, funds and people in various roles to execute the task.

The natural fears of people were quickly suppressed by spreading a notion that the minority Muslims were being attacked. Such cover-up is not doing any good or helping Sri Lanka to unearth other manifestations that may be cooking or gathering momentum. Once, an attack of this nature has been committed no one can expect things to be looked at in the same way as that took place before. Even LTTE was supported by plenty of Tamils & non-LTTE and even after demise of the LTTE there are many who continue to support LTTE fronts for separatism by pen.

A year after mass murder took place, we are seeing some shocking arrests and disclosures. What is shocking is to come to terms with the fact that very high-profile people were masterminds of Easter Sunday. That they have people coming forward to defend them is either through ignorance or they too are part of a cartel that are Satan’s missionaries. The signatories darting to defend the arrested, are the same names that rallied to defend LTTE separatists or destabilizing operations in Sri Lanka.

What should be shocking to all is that there are people who are disguising their true intent working for or associated with global and socially accepted entities and by virtue of that they are either globally defended or it becomes more difficult for society to accept their true colurs. It is also a tedious task for intelligence services to uncover their true intent & expose them.

It is a real pity that none of those darting to defend the arrested never thought for once to offer their services to the victims of the Easter Sunday, many who lie crippled in hospital, on death bed or with no means to survive and traumatized over what took place.

Ideological extremism, being promoted by people hiding their plans by high profile roles & using their positions to hide their extremism and advance their extremism is the danger Sri Lanka is now faced with. How does society deal with this new aspect?

Those masquerading as hr activists, academics, professionals, lawyers etc … and drilling murderous ideology are far more dangerous than those that commit suicide and carry out their orders