I shall give Yasmin Sooka the benefit of the doubt. I’ll get to that presently. The back story is as follows: Yasmin Sooka and the outfit she leads, International Truth and Justice Project — Sri Lanka (ITJP-SL), through counsel, has apologised to Brigadier Ravindra Dias for wrongfully using his photograph in a missive targetting the incumbent Director of the State Intelligence Service of Sri Lanka, Major General Suresh Salley. Salley is just the latest of senior military officers targetted by Sooka and the ITJP-SL in a long-standing campaign (project?) of vilifying high-ranking officers, typically at the point of appointment to important posts or promotion.

Was Sooka and the ITJP-SL careless in this instance, or was the error symptomatic of a deep-seated affliction marked by incompetence amplified by ignorance and arrogance?

Sooka was first heard of in Sri Lanka only after she was appointed by then UN Secretary General Ban ki-Moon to a three-person ‘panel of experts’ to advise him on accountability issues in Sri Lanka. The panel set up in June 2010 was headed by Marzuki Darusman. The other member of the panel was Steven R. Ratner.

I want to believe that Sooka walked into Sri Lanka open-minded. It is hard to believe of course. We, however, live in a world where scientists get research-funding to manufacture ‘findings’ that are useful to funders. It is hard to believe because Sooka, not too long after the report manufactured by the panel was found to be full of holes, had a career-boost of sorts. She co-authored a book titled ‘The unfinished war: torture and sexual violence in Sri Lanka: 2009-2014.’ Further padding advocacy credentials, she authored a report titled ‘Five Years On: The White Flag Incident 2009-2014,’ with the International Truth and Justice Project, Sri Lanka.

Project. That’s a keyword here. They come with proposals, objectives (stated and, as history has amply shown, unstated or disguised), targets, time-frames, beneficiaries and typically include articles for extension through reinvention. Truth is another keyword. Justice too. She’s now a human rights troubleshooter (!) and ITJP-SL is the armoured vehicle she rides to battle in. Full of conviction, let’s assume.

Perhaps Sooka did arrive with an open mind. Maybe she was not a believer of lies agreed upon by certain people who were in disbelief that terrorism in Sri Lanka had indeed been defeated and therefore that fact had to be obtained at unbelievable costs. 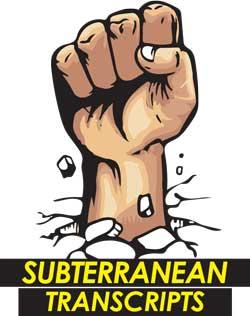 Sooka may have stepped in as an absolute innocent. However, there’s a system in place in countries like Sri Lanka where people like her are programmed to believe a preferred narrative. In this case the then Government of Sri Lanka refused to engage with the Darusman Panel for justifiable reasons of course. It’s not the case that had the government decided to engage the outcome would have been any different, again for programmatic reasons, let’s say.

What happens can be nut-shelled as follows: a) A fully convinced, half-way convinced or absolutely ignorant or open-minded person gets off the plane, b) He/she doesn’t speak Sinhala or Tamil and as such is ‘programmed’ to receive narratives articulated in English, often the only language spoken by sections of society ideologically and politically aligned with the political West and against nationalism/nationalists, d) Language is an easily identified common ground, e) Unknowns become acquaintances and acquaintances become friends, not on account of the matter at hand but commonalities, f) That no one is unbiased is forgotten, the word of ‘friends’ are privileged, g) Alternative narratives are either unheard or disregarded as being fictitious, and h) Conclusions already programmed and labelled ‘the truth, the absolute truth and nothing but the truth’ are drawn.

In walks Sooka. Straight into a tunnel. What does she see but what she cannot but see! If she was open-minded, now she’s convinced by sheer fact and logic that hypothesis is affirmed. She was structurally and circumstantially bound to do so. She may not have been programmed to receive, but receive she did.

Only, the story-tellers are human and as such frail. They err. They slip. They exaggerate, they slip stuff under the carpet or into foot note in the tiniest fonts available if they can’t erase it altogether. They are blinded by the preferred narratives and these they pad with material provided by unreliable sources, the unreliability being, again, something they are too blind to notice.

Things pop up and pop out, however. ‘Disappeared’ persons turn up. It is found that asylum-seekers are made-up by a well-organised racket which includes outfits that manufacture torture-evidence and monitor courts to ensure that ‘victims’ are assessed by judges considered to be sympathetic and so on. Over-enthusiasm produces mix-ups: wrong photographs, wrong designations and names, ‘evidence’ easily refuted simply because cross-checks weren’t made.

What now? Well, once you’ve made a song and dance, you got to go with it. You can’t leave the dance floor; not if it is the bedrock of your career. You have to sing. You have to dance. Until the floor gives way simply because it was too brittle to last.

I want to give Sooka the benefit of the doubt. Maybe she was open-minded and wide-eyed. Maybe she was taken for a ride. Maybe she trusted the wrong people. Maybe she never realised that friends are also flesh-blood people with political/ideological agendas of their own, that they can trip, can be found out, that witnesses who lied can have changes of heart and pangs of conscience they can no longer ignore.

The faux pas regarding Brigadier Dias is not ‘major.’ Apologize, settled, move on. That’s a decent strategy actually. However, she’s got egg on her face. The ITJP-SL looks silly now. And Sooka made all those rent-a-signature petitioners who backed her when she interpreted possible litigation on account of slander as ‘threats’ (even though her entire operation has been one of veiled and not so veiled threats if one were to apply this logic) look silly as well.

She met people programmed to receive and a system to turn out believers, a ‘truth’-factory if you will. They would like to say ‘you can check out any time but you can never leave,’ but that’s a lie. Maybe she checked out too early. Maybe she believes she left the building. Maybe she can still get out.

It’s a harder project. It’s called truth. And thereafter justice. It might cause a dent in earnings, but she will regain conscience and dignity. Humility does that. She could do it, if she was wide-eyed and open-minded to begin with, as we would love to assume.