Squadron, the cradle of fighter piloting 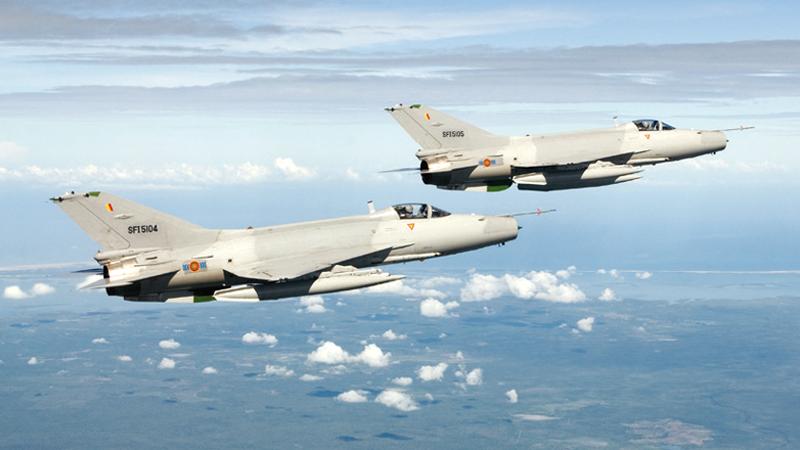 It is two days prior to the 73rd independence of Sri Lanka, No. 5 Jet Squadron, the cradle of fighter piloting in the Sri Lanka Airforce celebrates its 30th anniversary on February 1.

Commanding officer of the squadron, Wing Commander Roshan Perera said that the birth of his squadron is notable, surrounded by two central reasons.

The lack of an air defence fighter to nullify the operations and the violations of the Sri Lankan air space by the outside forces and the escalation of terror activities of the LTTE in the Jaffna Peninsula in 1987 were the most immediate reasons for the formation of the No. 5 Squadron.

Wing commander Perera said that with the emergence of terrorism, the Airforce was convinced that the older version of the Aircraft were not in a position to pose a threat to terrorists. Wing Commander Perera said, “When it comes to air power, we say that air power has a characteristic of being able to give a physiological disorientation and an impact on what was necessary to wage a war”.

The modern jet era in the Airforce began on February 1, 1991, with the induction of two FD 5 aircraft, four F-7 BS aircraft and one FE-7 aircraft.

Wing Commander Perera said, “As it is a novel perspective, there is a lot of tactics, including the jargon when it comes to fighter flying. They were new for them. But they managed to build it one by one.”

In 2000, F-7s were subjected to overhaul whereas Mig 27 aircraft were inducted on the No. 5 Squadron.

In the same year, F-7s were back in action while Migs were subjected to overhaul. In 2007, Migs were again back together with the F-7s where there was an issue in operating two platforms in one single squadron. In 2007, the F-7s together with the No. 5 Squadron were moved away and a new Squadron called ‘12 squadron’ was formulated by the Migs. Also in 2007, there was a need to buy the new version of F-7. F-7GS was bought.

Wing Commander Perera said that “F-7GS is a state-of-art aircraft which has a head-up display system, helmet mounted display system, having the capability of launching air-to-air missiles.”